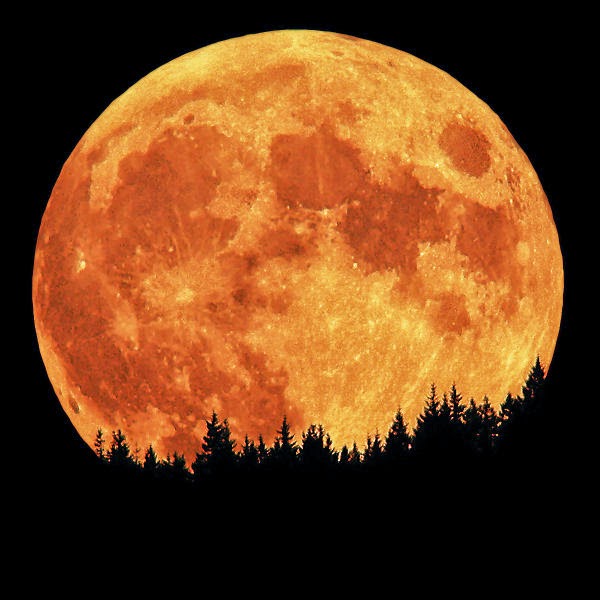 For those who missed the July 12 rendition of a supermoon, your second chance is coming up.  It will happen on Sunday, Aug. 10th at 2:09PM ET.  It will continue to look “super” throughout Sunday evening and into early Monday morning.  This will be the largest and brightest moon of the year.  A supermoon occurs when the moon becomes full on the same days as its perigee, when it is closest to the earth in its orbit.  In his case a mere 221,796 miles away.  This is a fairly common occurrence but it does make for a good “Moon Media Event”.   This month’s moon will appear 12% bigger and 30% brighter than the January 2014 event.  However, it is not the brightest of the supermoons.  That occurred on March 19, 2011 at 14% bigger; a fullness that won’t occur again till 2030.  However, to the casual observer, it is hard to tell this minor difference.   To view a supermoon for its maximum effect, look to the distant horizon making sure you have objects such as mountains or buildings in the foreground.  As the moon rises behind these objects, it creates an optical illusion, which makes it look even larger to the naked eye.  Don’t worry if you miss it, the moon will appear full for several more days.  However, if you miss it all together, the next supermoon will occur on Sept. 28, 2015. Enjoy the night sky! (Photo by David Haworth - Nightskyinfo.com)
Posted by The Discovery Center at 6:29 AM 1 comment: